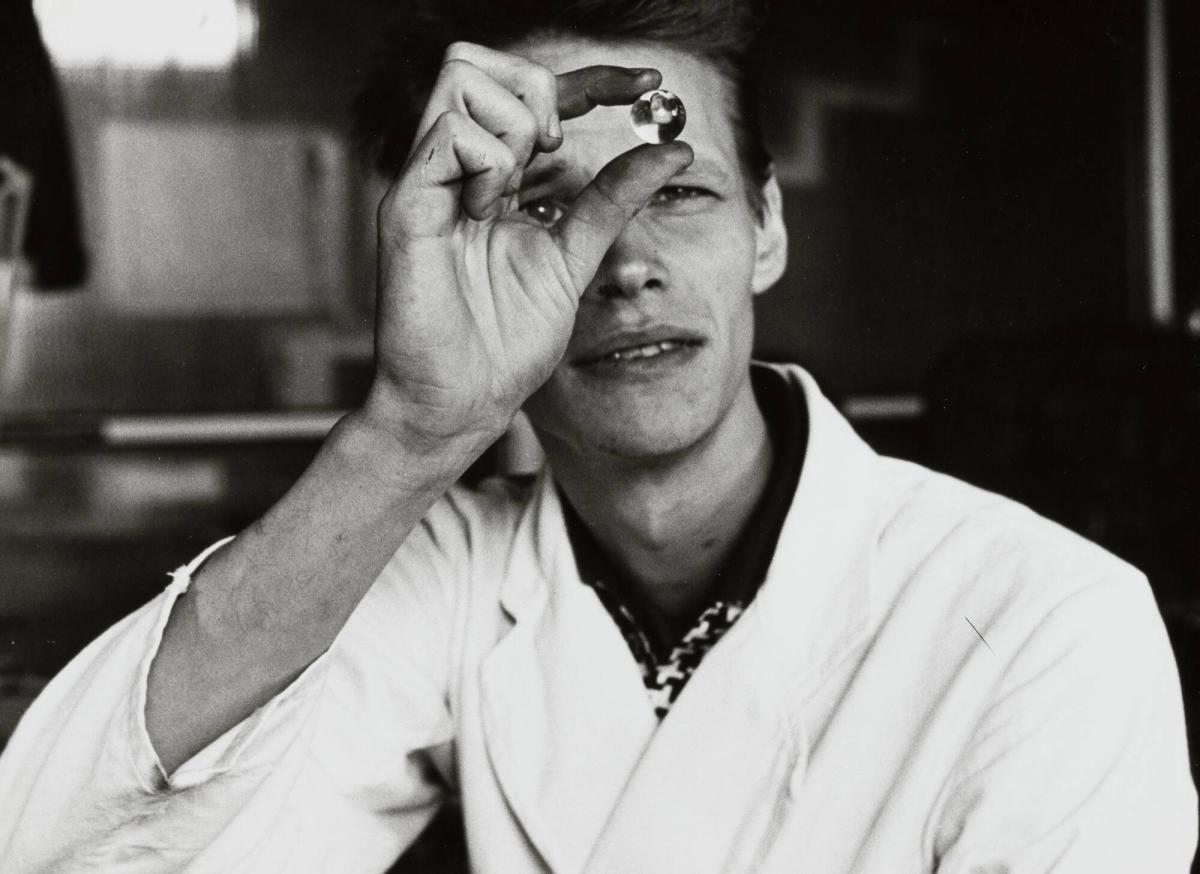 In the early 1970s, Marcia Hafif bought pigments of every colour and learned how to make her own paint. She experimented to find out how each colour reacted to different treatments. In this painting, ultramarine is the main protagonist; applied with wild gestures, it alternates between transparency and opacity. Blue usually makes us think of sky and sea, but here it only seems to represent itself. Hafif helped start the Radical Painting movement in the 1980s, which sought to increase the relevance of painting and gathered artists in discussions about the monochrome. Later, she explained that she did not identify herself as a painter primarily, as her works are neither abstract nor depictions of nature.