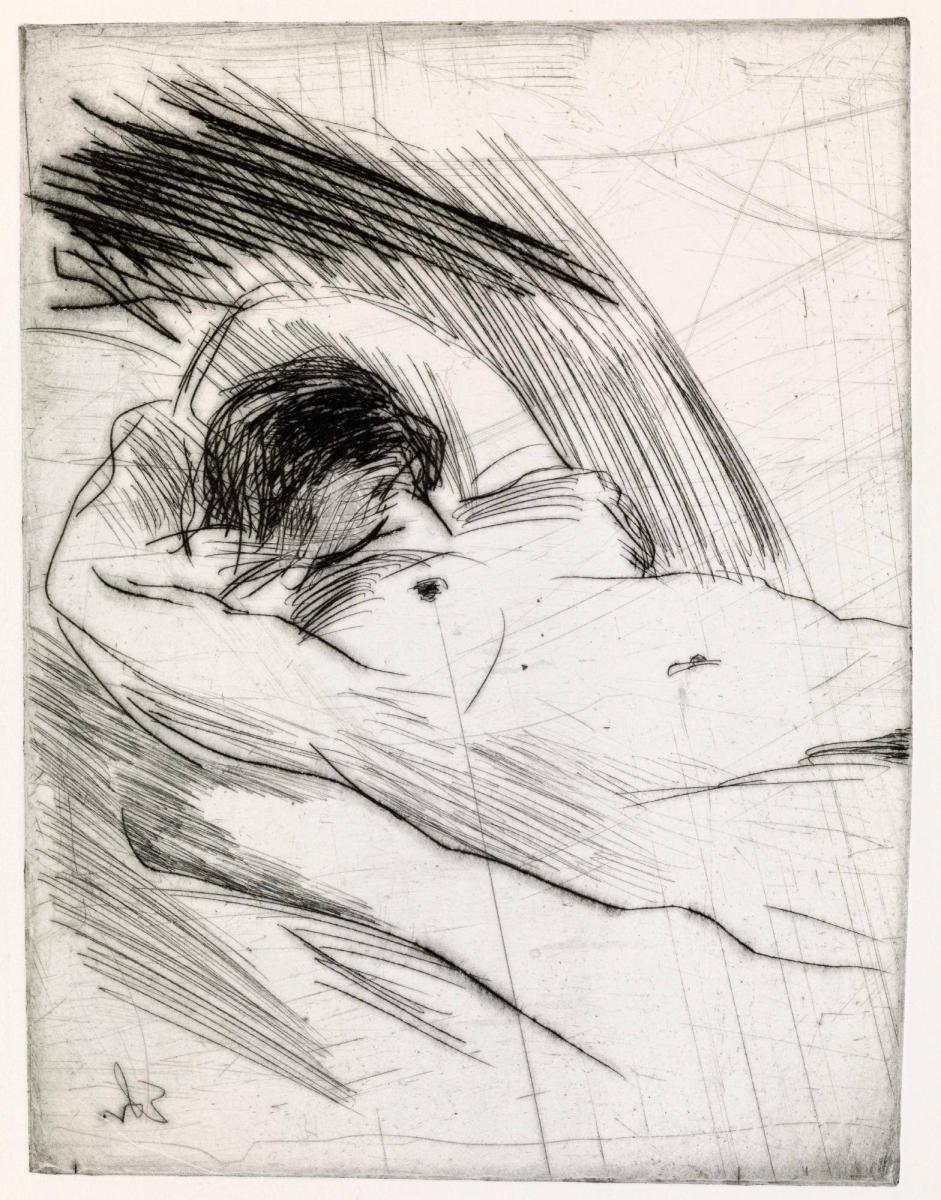 “My old guys lack frontal lobes so to speak”. This is how Tala Madani described one of the series of works she exhibited as part of a one-woman-show Rip Image, presented in 2013 at Moderna Museet in both Malmö and Stockholm. The works in the Museum’s exhibition, her largest show to that point, served to comment on a complex and fragile masculinity in a society in which women appear to be absent. Among the elements in the show were studies of the predilection of older Californian men for enemas as an internal and external purification ritual. She is interested in how human phenomena express the spirit of the times and presents her interpretations in bizarre drawings, paintings and animations that oscillate between abstraction and figuration. Tala Madani works intuitively and does not believe in words as a way of experiencing or understanding art. Instead she plays with the possibilities the image offers of using mordant humour to analyse topical issues, inspired by the directness of the world of the comic book.

Tala Madani was born in Iran and moved to the USA as a teenager with her parents. She became interested in politics at a young age and studied political science before switching to fine art. She took her MA in painting at Yale University in 2006. Having spent time in Amsterdam and New York, she currently lives and works in Los Angeles, a city she considers resembles Tehran with its heat and traffic and its view of plastic surgery as a natural part of the lifestyle.